Steven Ackerman is Professor of Atmospheric and Oceanic Sciences at the University of Wisconsin, Madison, and is Director of the Cooperative Institute for Meteorological Satellite Studies (CIMSS). He received his Ph.D. in Atmospheric Sciences at Colorado State University. Ackerman's research interests center on understanding how changes in the radiation balance affect and are affected by changes in other climate variables such as clouds, aerosols, water vapor, and surface properties. These feedback mechanisms are studied using a compliment of theoretical models and observations. He has been actively involved in a number of meteorological projects and programs, including the Moderate Resolution Imaging Spectroradiometer, the Earth Radiation Budget Experiment, the International Satellite Cloud Climatology Program, and the NOAA Global Climate Change Program. Renowned for his ability to inspire active student participation in his classes, Ackerman has won numerous teaching and academic awards, including the 1999 Chancellor's Award for Distinguished Teaching (University of Wisconsin) and the 2000 Teaching and Learning with Technology Grant (University of Wisconsin). Ackerman is also a member of the University of Wisconsin Teaching Academy.

John Knox is currently Assistant Research Scientist and Lecturer in the Department of Biological and Agricultural Engineering at the University of Georgia. In addition to his teaching experience at the University of Georgia, Knox has also taught meteorology at Valparaiso University and Barnard College of Columbia University. A National Science Foundation Graduate Research Fellow in meteorology at the University of Wisconsin, Madison, and Rhodes Scholar finalist, he received a B.S. summa cum laude in mathematics in 1988 from the University of Alabama at Birmingham and a Ph.D. in atmospheric science in 1996 from the University of Wisconsin-Madison. He was a post-doctoral fellow in climate systems at Columbia University in conjunction with the NASA/Goddard Institute for Space Studies (NASA/GISS) in New York City. Knox has been very active in geoscience education, with articles published in the Bulletin of the American Meteorological Society, the Journal of Geoscience Education, Mathematical Geology, The Physics Teacher, and the Journal of College Science Teaching, for which he has also served on JCST's Board of Advisors. His research in atmospheric dynamics includes journal articles on Rossby waves, non-linear balance, clear-air turbulence, and cyclone-induced windstorms, and is currently supported by NASA. 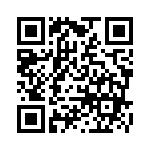