regardless of his private life gave us all enjoyment with his music/videos.not to mention the millions donated to charity..to all those who may cuss or judge him i say what have you contributed in this life aside from being judgemental in affairs you know nothing about just tabloid lies..

Brerzy
Please Michael was apart of Illuminati are you all that stupid I bet none of u know what he talks about in his songs dumb.asses 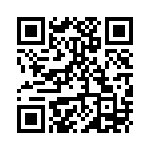