William Jack Baumol was born in the South Bronx, New York on February 22, 1922. He served in the Army during World War II and got a job at the Agriculture Department, where he worked on allocating grain supplies to starving countries. He graduated from City College and enrolled in the London School of Economics in 1947, after initially being rejected. Less than six weeks after school started, he was hired to become a member of the faculty. He taught at Princeton University from 1949 until 1970 and then taught at New York University from 1971 until his retirement in 2014. As an economist, he identified Baumol's cost disease, which explains why the cost of services, like haircuts and college educations, rises faster than the cost of goods, like T-shirts. He published dozens of books, hundreds of papers, and several congressional testimonies on entrepreneurs, environmental policy, corporate finance, stock sales, the economics of Broadway theaters, inflation, and competition and monopolies. He died on May 4, 2017 at the age of 95. 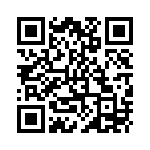