This novel is almost connected short stories--there is one narrator, a boy/teen who grows up as the book goes on. Each chapter is his description of someone who lives on Miguel Street. A few ... Read full review

Amusing portraits of the characteristic inhabitants of a street in a poor neighbourhood on Trinidad, seen through the eyes of the young author. Not spectacular in contents and neither in style. The storylines become predictable at about twothirds of the book. Read full review

Vidiadhar Surajprasad Naipaul was born of Indian ancestry in Chaguanas, Trinidad on August 17, 1932. He was educated at University College, Oxford and lived in Great Britain since 1950. From 1954 to 1956, he edited a radio program on literature for the British Broadcasting Corporation's Caribbean Service. His first novel, The Mystic Masseur, was published in 1957. His other novels included A House for Mr. Biswas, A Bend in the River, Guerrillas, and Half a Life. In a Free State won the Booker Prize in 1971. He started writing nonfiction in the 1960s. His first nonfiction book, The Middle Passage, was published in 1962. His other nonfiction works included An Area of Darkness, Among the Believers, Beyond Belief, and A Turn in the South. He was knighted in 1990 and received the Nobel Prize in Literature in 2001. He died on August 11, 2018 at the age of 85. 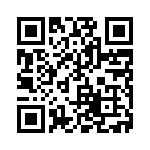