T.H. MEYER was born in Switzerland in 1950. He is the founder and publisher of Perseus Verlag, Basel, and editor of the monthly journals The Present Age and Der Europðer. He is author of many books including Ludwig Polzer-Hoditz, A Biography; D.N. Dunlop, A Biography; In the Sign of Five; Rudolf Steiner’s Core Mission; The Bodhisattva Question; Clairvoyance and Consciousness and Reality, Truth and Evil; and editor of Light for the New Millennium. He has written numerous articles and gives seminars and lectures around the world. 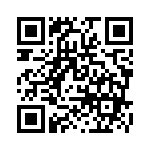