\Nicole Cooley: Nicole Cooley grew up in New Orleans. Her third book of poems, Breach, about Hurricane Katrina and the Gulf Coast, will be published by LSU Press in April 2010. Her first book, Resurrection, won the 1995 Walt Whitman Award and was published by LSU Press in 1996. Her second book, The Afflicted Girls (2004), was chosen as one of the best poetry books of the year by Library Journal. She also published a novel Judy Garland, Ginger Love. She directs the new MFA program in Creative Writing and Literary Translation at Queens College--City University of New York and lives outside of New York City with her husband and two young daughters. 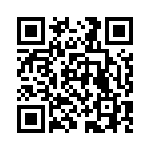