MARK WILLIAMS, PhD, is a professor of clinical psychology at the University of Oxford and a founding fellow of the Academy of Cognitive Therapy. He is the author of the best-selling Mindful Way through Depression, which has so far sold over 250,000 copies. He lives in England.

DANNY PENMAN, PhD, is an award winning feature and comment writer for the UK's Daily Mail. After earning a PhD in biochemistry, he worked for The Independent and the BBC. He has won two investigative journalism awards from the Humane Society of the United States and one from the Royal Society for the Prevention of Cruelty to Animals (RSPCA). He lives in England. 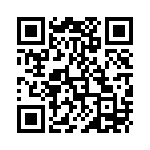