Martin J. Blaser MD has studied the role of bacteria in human disease for more than thirty years. He is the director of the Human Microbiome Program at New York University, served as the chair of medicine at NYU and as the president of the Infectious Diseases Society of America, and has had major advisory roles at the U.S. National Institutes of Health. He cofounded the Bellevue Literary Review and his work has been written about in publications that include The New Yorker, Nature, The New York Times, The Economist, The Washington Post, and The Wall Street Journal. His more than one hundred media appearances include the BBC, CNN, NPR, The Today Show, Good Morning America, and The O'Reilly Factor. He lives in New York City. 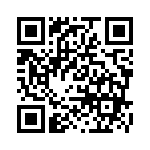