Georges Dumézil a member of the Academic Française, was Professor of Indo-European Civilization in the College de France. He is the author of numerous books including Camillus, The Gods of the Ancient Northmen, and The Stakes of the Warrior. 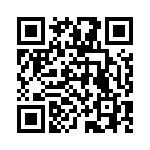