BLAIR IMANI is a black queer American Muslim activist. She is the founder and executive director of Equality for HER, a nonprofit educational platform for feminine-identifying individuals. As a political journalist and commentator, she has appeared on Fox News and MSNBC, and has guest lectured at Yale and Harvard Universities. She has written for the Huffington Post and VICE and has been featured in Nylon, Teen Vogue, Salon, Broadly, VICE, This American Life, The 405, Public Radio International, and Bustle. 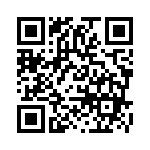