Kenneth S. Krane is Professor of Physics (Emeritus) at Oregon State University, where he has served on the faculty since 1974, including 14 years as Department Chair. He received the Ph.D. in nuclear physics from Purdue University in 1970 and held postdoctoral research positions at the Los Alamos National Laboratory and the Lawrence Berkeley National Laboratory before joining the faculty at Oregon State. His research involves nuclear structure and nuclear spectroscopy, and has led to more than 100 papers in refereed journals and 30 years of funding in experimental nuclear physics from NSF and DOE. He was selected to be a Fellow of the American Physical Society by the Division of Nuclear Physics. He is also involved in education research and curriculum development and has held numerous NSF grants supporting those activities. He has served as chair of the APS Committee on Education, the APS Forum on Education, and the AIP Advisory Committee on Physics Education. From 1995-2006 he was the director of the Workshop for New Faculty in Physics and Astronomy, a national mentoring program for college and university faculty. In 2004 he was awarded the Millikan Medal of the American Association of Physics Teachers in recognition of his contributions to physics teaching. 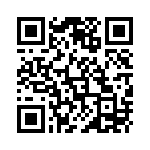