Murray Stewart Leith is a Lecturer in Politics at the University of the West of Scotland. He has published articles on national identity, nationalism and Scottish politics, examining the political and social changes wrought by devolution. Duncan Sim is Reader in Sociology at the University of the West of Scotland. His research interests lie in issues of ethnicity and identity. He has undertaken research projects on housing and welfare services for black and minority ethnic groups, asylum seekers, refugees and migrant workers, for a range of funders including both central and local government, charities and the voluntary sector. Recent research has been on issues of identity within Scotland, and particularly within the Scottish diaspora, in North America, in England and in Europe. He is the author of: i American Scots: The Scottish Diaspora and the USA/i (Dunedin Academic Press, 2011) 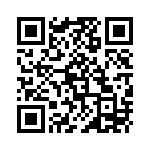