Stuart Z. Goldstein was one of the longest serving PR Spokespersons and strategic communications advisors on Wall Street. He served as Managing Director of Corporate Communications & Public Affairs for the Depository Trust & Clearing Corporation (DTCC) in New York, the largest trade clearing house ($5 trillion daily) and central securities depository in the world.

"Goldstein surely was the highest profile corporate communications executive in the securities services industry," according to Global Custodian magazine. "In a position where few survive more than 5 years and one CEO, Goldstein managed four times the average tenure, and served three successive CEOs."

Prior to this, he was a spokesperson for American Express and led National Public Affairs at Citicorp. Earlier he served as a State Ombudsman in New Jersey and as Legislative Affairs director for the NJ Public Advocate.

Mr. Goldstein has co-authored 2 books in plain English explaining the inner workings of U.S. Capital Markets. He has published numerous articles in PR trade magazines and was a contributing author to Public Affairs in an Era of Change. His by-lined articles on public policy issues have appeared in USA Today, the Washington Times, the Star Ledger, Trenton Times, Global Financial Markets magazine and many trade journals.

He graduated from The College of New Jersey (TCNJ) with a B.A. in English and earned his M.A. in American Government from Rutgers University. During college, he helped lead the effort to lower the voting age to 18 and ratify the 26th Amendment.

He is a long-time supporter of Home Front in NJ, Trenton Soup Kitchen and the U.S. Holocaust Museum. 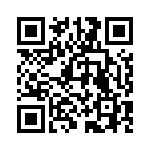