The theatrical potential of ordinary ideas is unleashed in this engrossing step-by-step guide to using “Moment Work”—creating plays based on moments in time—to “tell stories that move us.” Kaufman ... Read full review

MOISÉS KAUFMAN is the founder and artistic director of Tectonic Theater Project, a theater company based in New York City. His 1997 play Gross Indecency: The Three Trials of Oscar Wilde was named one of the best plays of the year by Time, Newsday, the New York Post, The Advocate, and The New York Times. With Tectonic he has directed works by Samuel Beckett, Tennessee Williams, Benjamin Britten, and others, and created new works including The Laramie Project and 33 Variations. He is the recipient of the 1997 Joe A. Callaway Award for excellence in the craft of stage direction. In 2016, President Obama awarded Kaufman a 2015 National Medal of Arts for "his powerful contributions to American theater."

BARBARA PITTS MCADAMS was an actor/dramaturg for The Laramie Project, performing at BAM, Alice Tully Hall, Union Square Theater, LaJolla Playhouse, Berkeley Rep, and Denver Center. She also appears in the HBO Films adaptation and shares an Emmy Nomination for the screenplay. Barb originally codified Moment Work for an internal teaching manual, and, as a Moment Work master teacher, leads trainings and devises new plays at colleges and high schools. She has also served as an adjunct professor for Drew University and CUNY’s Applied Theater MA program. She is a two-time Orchard Project and Sundance Theater Lab alum and a proud cast member of the award-winning web series Anyone But Me, about lesbian teens in the post-9/11 era. 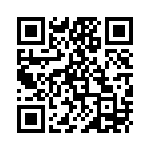