As a child, Ed Lawrence's goal was to become Chief Justice of the Supreme Court. However, after flunking out of a pre-law program at the University of Oregon he abandoned that plan and studied literature instead. Then followed a long stint in the corporate world as a marketing type before he experienced life–change #3 and became a writer and photographer. Along the way he took up flyfishing as a hobby, and now combines his passion for flyfishing with writing for major magazines. He also authored Frommer's Guide to Montana and Wyoming, and Frommer's Guide to Yellowstone and Grand Teton National Parks. He lives in Bozeman, Montana. 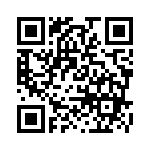