Kenneth Morrison is a Fellow in Modern South-East European History at the UCL School of Slavonic and East European Studies, University College London. He obtained his PhD at the University of Stirling and taught Balkan Politics at the University of Aberdeen, where he received his undergraduate degree. He has been an invited consultant to the UK Foreign and Commonwealth Office and has published widely on the history and politics of the states of the former Yugoslavia. 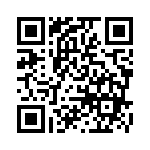