Review: Moon In a Dewdrop: Writings of Zen Master Dogen

Much of the later chapters were a bit esoteric. Seeing plum blossoms as eyes awakening was a nice way to welcome Spring this year. Read full review 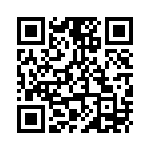