Fact based book on our second amendment rights. Researched by John Lott jr. Know the facts behind so called gun control and read how gun control does not work and takes away our freedoms at the same time. A must have for any library Read full review

If you want good scholarly data to prove the social benefits of gun ownership and the right to bear arms in public this is your book. It can be dry at some points and honestly over my head elsewhere ... Read full review

John R. Lott, Jr., is the author five books, including Freedomnomics and Are Predatory Commitments Credible? Who Should the Courts Believe?, the latter also published by the University of Chicago Press. 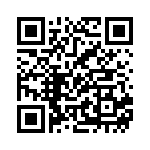