As a fan of mid-century structures I found this book to be both impressive for its body of work as well as captivating for its insightful guided journey through Mr. Naidorf’s career. The contents of the book clearly match the title. From designing iconic structures as an architect to the development of young minds as an educator, Naidorf’s career has left a significant and lasting legacy that will continue to advance the profession of architecture and kindly greet habitants of his designs for years to come. I highly suggest this book for everyone’s architecture library as well for those looking to take a journey through the design process that helped shape most of our modern cities.

Lou Naidorf was born in Los Angeles and spent most of his career as an architect and educator in that city. He earned a Master's Degree in Architecture from the University of California, Berkeley. His projects have received numerous design awards, including national design awards, and his work has appeared in major national and international professional magazines, been exhibited at the Los Angeles Getty museum, and New York's Museum of Modern Art.The American Institute of Architects (AIA) Los Angeles named him educator of the year for his work at Woodbury University, and that school awarded him an honorary doctorate. He is a Fellow of the AIA.He and his wife Sandy Chronis now live in Santa Rosa, California. 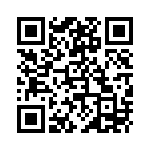