Bernard Wiseman was born in Brooklyn, New York, and now lives in West Eau Gallie, florida, with his wife Susan, step-son Peter, a large German shepherd named Wilhelm, and a small one named Kata. After service in the Coast Guard during World War II, he became a staff artist and gagman for The New Yorker. His cartoons also appeared in other major publications, in advertising, and in books of cartoons. Mr. Wiseman has written and illustrated many children’s books and the “Sir Nervous Norman” stories for Boys’ Life. His recent Iglook’s Seal was called “a charming story for beginners” by Publishers Weekly, but his most popular character is Morris the Moose, who first appeared alone and then teamed up with Boris the Bear in Morris and Boris: Three Stories and Halloween with Morris and Boris. Of the first, Publishers Weekly said: “The already established audience can rejoice in this addition to the Morris the Moose series, and newcomers have a treat in store.” Of the latter, ALA Booklist commented: “Wiseman is clearly at ease with both the brand of humor and with the simplified vocabulary and sentence structure demands of good beginning reading material.” 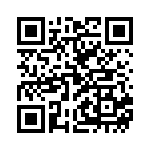