This book's introductory chapters offer a prehistory and history of all Alaska up to its purchase. Succeeding chapters report six explorations of Mt. McKinley before 1914, emphasizing the ascents of ... Читать весь отзыв

Fred Beckey was born Wolfgang Beckey near Düsseldorf, Germany on January 14, 1923. He emigrated to Seattle with his family in 1925. He learned climbing techniques as a Boy Scout and in a Mountaineers course. At the age of 13, he and two friends reached the top of Mount Despair, a rugged 7,292-foot peak in the North Cascades that mountaineers had considered unclimbable. In 1942, he joined the wartime army's 10th Mountain Division, based in Colorado. He received a degree in business administration from the University of Washington in 1949. He became a mountaineer and author who was the first to take hundreds of routes to the summits of North America's tallest peaks in Alaska, the Canadian Rockies, and the Pacific Northwest in a seven-decade climbing career. He searched for unconquered summits and routes considered too difficult to climb. He often climbed 40 or 50 different peaks a year. His books included Climber's Guide to the Cascade and Olympic Mountains of Washington, Challenge of the North Cascades, Cascade Alpine Guide, Mountains of North America, Mount McKinley: Icy Crown of North America, Range of Glaciers: The Exploration and Survey of the Northern Cascade Range, and Fred Beckey's 100 Favorite North American Climbs. He died from congestive heart failure on October 30, 2017 at the age of 94. 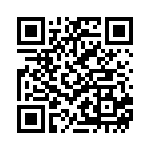