Finally, a Mozart biography that evokes a believable portrait of a striving, powerfully creative human being. Solomon, author of the ground-breaking life of Beethoven (1977), now turns his attention ... Read full review

Solomon (music, Stonybrook Univ. and Harvard) follows up his well-received Beethoven (LJ 11/15/77) with another ambitious biography. The author explores Mozart's life and works with a wealth of facts ... Read full review

Maynard Elliott Solomon was a musicologist and record producer. He was born on January 5, 1930 in Manhattan. His family later moved to Brooklyn. When he was young, he worked in his father's art supply store. He played the piano and studied the cello. In 1950, he earned a BA from Brooklyn College, CUNY. He pursued his graduate studies at Columbia University, 1950-1952. Also, in 1950, he co-founded Vanguard Records with his brother, Seymour Solomon. It was an influential label for not only classical music but folk and blues music as well. He is best known for his biographies of the classical composers, Beethoven, Mozart, and an article on Schubert. His works include, Beethoven (1973); Marxism and Art (1973); Beethoven Essays (1988); Franz Schubert and the Peacocks of Benvenuto Cellini (1989) (a research article in the book, 19th-Century Music); Mozart: A Life (1993); and Late Beethoven: Music, Thought, Imagination (2004). Maynard Solomon died on September 28. 2020 in Manhattan at the age of 90. 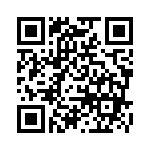