I hate commands! I hate imperatives! RARELY does a human bean have any right to tell any other human bean what to do. Mr Blue is one of the most endearing, Read full review

The publisher launches its new "Classics" line of Catholic literature with these five titles, which run the gamut from serious historical novels to humor. Eight volumes will be added annually. Each ... Read full review

Myles Connolly (1897-1964) was a screenwriter who wrote and produced more than forty films. He wrote three other novels, including Dan England and the Noonday Devil. 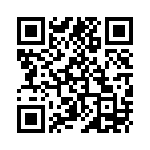