I love this series and am every so thankful that kids do, too. I really want to be neighbors to Mr. Putter and Mrs. Teaberry. I don't know what it is, but this one, the second in the series (but about the 20th I've read), is not quite as strong as many of the others. æ\≈™µ˚Ω◊•˛§Â

Mr. Putter and his lovely neighbor Mrs. Teaberry are close friends who share kiwis and eggplant. When Mrs. Teaberry hurts her foot and is bedridden, she asks Mr. Putter to walk her dream dog, Zeke. Mr ... æ\≈™µ˚Ω◊•˛§Â

Cynthia Rylant was born on June 6, 1954 in Hopewell, Virginia. She attended and received degrees at Morris Harvey College, Marshall University, and Kent State University. Rylant worked as an English professor and at the children's department of a public library, where she first discovered her love of children's literature. She has written more than 100 children's books in English and Spanish, including works of fiction, nonfiction, and poetry. Her novel Missing May won the 1993 Newbery Medal and A Fine White Dust was a 1987 Newbery Honor book. Rylant wrote A Kindness, Soda Jerk, and A Couple of Kooks and Other Stories, which were named as Best Book for Young Adults. When I was Young in the Mountains and The Relatives Came won the Caldecott Award. She has many popular picture books series, including Henry and Mudge, Mr. Putter and Tabby and High-Rise Private Eyes. 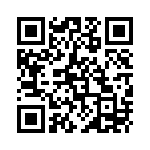