Alison Fraunhar is associate professor of art and design at Saint Xavier University. Her work on Cuban art and culture has been published in such periodicals as Women?s Art Journal; Emergences: Journal for the Study of Media & Composite Cultures; and Hispanic Research Journal, as well as in the edited volume Latin American Cinema: Essays on Modernity, Gender and National Identity. 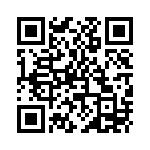