Toshimitsu Fukiharu was born in Fukuoka, Japan, and graduated with a doctorate from the Department of Forest and Biomaterials Science of the Faculty of Agriculture at Kyoto University. He serves as senior researcher at the Chiba Open-air Museum Boso-no-Mura and is a part-time lecturer in the Faculty of Integrated Human Studies at Kyoto University. Toshimitsu Fukiharu specializes in the natural history of mushrooms and researches ammonia fungi, which uniquely grow in places where animal excrement and carcasses have decomposed. His published works include Kinoko no shita ni wa shitai ga nemuru?!―Kinshi ga orinasu fushigi na sekai (Underneath Mushrooms Are Carcasses?!―The Magical World Woven); Mitsukete tanoshimu kinoko no wandārando (Discover and Enjoy the Wonderland of Mushrooms); Shogakukan no zukan NEO: Shokubutsu (The Shogakukan NEO Picture Book of Plants); and Kangaeru kinoko: Maka fushigi wārudo (The Many Faces of the Mysterious Mushroom).

Eugenia Bone is a nationally known nature and food writer, specializing in mushrooms and mycology. Her writing has appeared in many books, magazines, and newspapers, including The New York Times, The Wall Street Journal, Saveur, Food & Wine, Gourmet, and The National Lampoon. She is a member of the American Society of Science Writers and former president of the New York Mycological Society. She has lectured widely in venues like the Denver Botanical Garden and the New York Public Library, and more. She is a member of the faculty at the New York Botanical Garden where she teaches classes on microbial ecology, psychedelic mushrooms, mycology, and mushroom preservation, and is featured in the film Fantastic Fungi by Louie Schwartzburg, a movie about the magical world of fungi and their power to heal, sustain, and contribute to the regeneration of life on Earth. Eugenia is the author of six books including the James Beard nominated Well-Preserved; Mycophilia: Revelations from the Weird World of Mushrooms, The Kitchen Ecosystem and, Microbia: A Journey into the Unseen World Around You. She is the co-author of or contributor to many other books as well, and is the editor of The Fantastic Fungi Community Cookbook, a community-sourced collection of mushroom recipes. 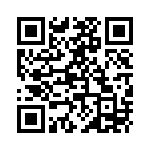