My Faraway One: Selected Letters of Georgia O'Keeffe and Alfred Stieglitz

An epistolary colossus, the first of two volumes of letters selected by Greenough (senior curator, photographs, National Gallery of Art; Alfred Stieglitz: The Key Set), this doorstop of a book is the ... Read full review

The book My Faraway One - Selected Letters of Georgia O’Keeffe and Alfred Stieglitz VOLUME 1, 1915–1933, gives an intimate portrait of the life of two of the greatest American artist of the last century. The painter Georgia O'Keeffe, one of the most legendary and iconic American artist, and the photographer Alfred Stieglitz enjoyed a very unique bond and relationship based on a deep love and understanding of each other as a person as well as an artist. The letters help appreciating the deepness of the feelings expressed in their art and enhances an understanding of its complexity.
I very much enjoyed the book and can now appreciate their artwork much better.

Sarah Greenough is senior curator and head of the department of photographs at the National Gallery of Art, Washington, D.C. She is the author of Alfred Stieglitz: The Key Set and many other critically acclaimed books on modern photography. 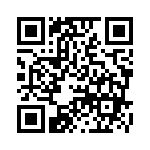