Jeanne Betancourt was born in Burlington, Vermont on October 2, 1941. She grew up in rural Vermont, where she spent time helping out on a dairy farm. She studied dance and planned to join the Rockettes at Radio City Music Hall. After she graduated from college, she taught in junior and high schools in both Vermont and New York City and earned a masters degree in film studies from New York University. She wrote her first children's book in 1982 and since then has written a variety of fiction and nonfiction books for young readers. She has written over 75 books including Kate's Turn, My Name Is Brain Brian, Ava Tree and the Wishes Three, and the Pony Pals series. In addition to writing books, Betancourt has also written for television, and has received six Emmy Award nominations, two Humanities citations, and the National Psychological Award for Excellence in the Media. 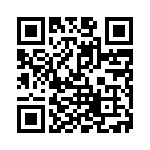