William Robinson (1838-1935) emigrated from Ireland at a young age and was rapidly welcomed into the top echelons of British horticulture and botany. By 1866 he was a Fellow in the Linnean Society, sponsored by his friend Charles Darwin. Already an expert on the flora of the British Isles, he traveled the breadth of North America by train in 1870, observing regional habitats and forging lasting connections with Charles Sargent, Asa Gray, Frederick Law Olmsted, and others of their stature. Robinson was just thirty-two when he first published "The Wild Garden", which has proved to be the most insightful, influential, and enduring of his many books and journals. Robinson's brilliance and enormous personal energy enabled him to become one of the most accomplished gardeners, editors, and publishers of his era, and he is often referred to as the Father of the English Flower Garden. Gravetye Manor, a sixteenth-century house which survives on over one-thousand acres in West Sussex, became his home and laboratory for developing and refining the wild garden concept. 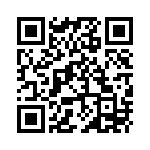