This book is a must for people with an interest in gender, nature vs. nurture, queer issues, trans issues, fabulosity, and introspection. If you've ever colored outside of the lines, read this book ... Read full review

Review: My Gender Workbook: How to Become a Real Man, a Real Woman, the Real You, or Something Else Entirely

Borstein explains gender by metaphorically traveling with you to another continent of the gender concept completely, leaving you there, and daring you to attempt to find your way back to the way you ... Read full review

Kate Bornstein is the author of Gender Outlaw (Routledge, 1994) and co-author of the novel Nearly Roadkill (1996). She lives, writes and rehearses her stage work in Seattle. 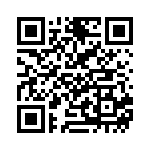