A clever, but ultimately hollow, exploration of the boundaries of human sexuality. Myra Breckinridge shows up on the doorstep of an acting school owned by faded western movie star Buck Loner. She ... Read full review

wiki: Myra Breckinridge (1968) is a satirical novel by Gore Vidal written in the form of a diary. It was made into a movie in 1970. Described by the critic Dennis Altman as "part of a major cultural ... Read full review

Gore Vidal was at the centre of literary and intellectual life for half a century and wrote 'The Narratives of a Golden Age' series as well as countless bestsellers. He died on 31st July 2012. 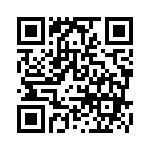