Dag Henriksen is a lecturer in air power at the Royal Norwegian Air Force Academy. A native of Trondheim, Norway, he holds a Ph.D. from the University of Glasgow. 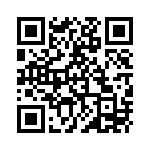