After a truly bad introduction which highlights the author's weak knowledge about European history and military tactics, the book recovers and even delivers a nice operational study about von Bülow's ... Read full review 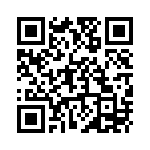