Jeff Morris achieved his degree in English from the haunted Miami University in Oxford, Ohio, and spent the early part of his career as an English instructor at a college in Cincinnati. While teaching, Jeff became interested in the ghost stories in the Cincinnati area. In 2005, he started working with his brother, Michael Morris, on their first book, Haunted Cincinnati and Southwest Ohio, which was published in June of 2009 by Arcadia Publishing. Beyond the book, Jeff has become very involved in the paranormal field in the Midwest. In 2006 he and his brother founded Miamitown Ghost Tours, which continues to run year round. In 2009, they joined a paranormal investigation group called CAPER (Cincinnati Area Paranormal Existence Research), and they started an online radio show called "Miamitown Ghost Talk.” In the fall of 2010, both Jeff and Michael published Cincinnati Haunted Handbook. He lives in Cincinnati.

Garett Merk attended college at the University of Dayton and earned a degree in Computer Engineering. He joined the US Navy in late 2004. While in the Navy he had the opportunity to investigate several places in the Southern/Central California area. Garett is the founder of the Tri-State Paranormal and Oddities Observation Practitioners (TriPOOP). He enjoys research and investigations of haunted locations in an effort to capture undisputable evidence of the paranormal. He lives in Cincinnati, Ohio.

Donna Marsh has been ghost hunting and investigating paranormal locations for well over ten years. As one of the founders of the American Paranormal Society, she helps lead a team of paranormal investigators, as they travel around the southeast checking out claims of ghosts and hauntings. She lives in Nashville, Tennessee with her children and two dogs. 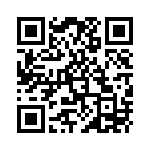