Dr. Matthew Alford is a Teaching Fellow at the University of Bath in England. His doctoral thesis applied Ed Herman and Noam Chomsky's Propaganda Model to the contemporary Hollywood film industry. His first book, Reel Power: Hollywood Cinema and American Supremacy, was published by Pluto Press in 2010 and has since been translated into Chinese. In 2014, Dr. Alford produced a documentary film of his research, The Writer with No Hands, which premiered at Hot Docs in Canada and won runner-up at the Ammar Popular Film Festival in Iran. In June 2017, a new edition of the film was released at independent venues in twelve countries. Tom Secker is a private researcher who runs spyculture.com-the world's premier online archive about government involvement in the entertainment industry. He has used the Freedom of Information Act to obtain unique government documents since 2010, which has been reported on by Russia Today, Salon, Techdirt, The Mirror, The Express and other outlets. He has authored and co-authored articles for Critical Sociology and the American Journal of Economics and Sociology and hosts the popular ClandesTime podcast. 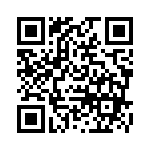