Very recent, very intriguing, has contexual rigour.
Easy for the lazy, uneducated and the curious.

Paul Hawken is an environmentalist, educator and best-selling author of The Ecology of Commerce, The Next Economy and Growing a Business (also a TV series).

Amory B Lovins is Co-founder, Chairman, and Chief Scientist of Rocky Mountain Institute and a co-author of Factor Four (Earthscan, 1997). The Centennial Issue of The Wall Street Journal named him among 39 people in the world most likely to change the course of business in the 1990s, and Time in 2009 called him one of the 100 most influential people in the world.

L. Hunter Lovins is the President and Founder of Natural Capitalism Solutions. She is a founding professor of sustainable management at Presidio Graduate School, and a consultant to companies around the world. A co-author of Factor Four (Earthscan, 1997) her latest book, Climate Capitalism, will be published in 2011. 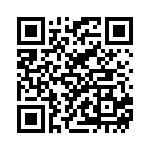