Sue Nicolson is a New Zealander who obtained her PhD in insect physiology from the University of Cambridge. She is a professor in the Department of Zoology and Entomology at the University of Pretoria, South Africa, and her main research interest is in ecophysiological aspects of nectar feeding in insects and birds.

Massimo Nepi was awarded a PhD in agricultural biology in 1995. He is currently employed as researcher at the Department of Environmental Sciences of the University of Siena, where he carries out studies concerning the reproductive biology of angiosperms. In recent years his main research interest has been nectar and nectary biology.

Ettore Pacini graduated in botany in 1967 at the University of Siena, where he is still engaged as full professor of Botany. His main research interest has been higher plant reproduction, first from a cytological point of view and also from an ecological point of view during the last two decades. Recently he became a member of the prestigious Accademia dei Lincei, the first Scientific Academy, founded in 1604. 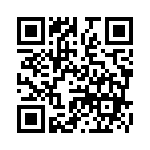