Atta-ur-Rahman, a leading scientist and scholar in the field of organic chemistry from Pakistan, obtained his Ph.D. from Cambridge University (1968) and was later honored by Doctor of Science degree. The Government of Pakistan has conferred four civil awards, Tamgha-i-Imtiaz (1983), Sitara-i-Imtiaz (1991), Hilal-i-Imtiaz (1998), and the highest national civil award Nishan-i-Imtiaz (2002), in recognition of his contributions. In July 2006, he was elected as a Fellow of Royal Society ( London). He has secured numerous other national and international prizes and awards. Presently, Rahman is the Editor-in-Chief/Executive Editor of fifteen leading European Chemistry journals. He is also the Coordinator General of COMSTECH, an OIC Ministerial Committee comprising the 57 Ministers of Science and Technology from 57 OIC member countries. He served as the Federal Minister for Science and Technology (14th March, 2000 - 20th November, 2002). Currently, he is Federal Minister/Chairman of the Higher Education Commission and Advisor to the Prime Minister on Science and Technology. Editor of five book-series entitled "Studies in Natural Product Chemistry", 32 volumes of which have been published during the last 14 years. He also edits "Frontiers in Medicinal Chemistry", "C-13-NMR of Natural Products", "Advances in Organic Chemistry", "Advances in Organic Synthesis" and "Frontiers in Drug Design and Discovery". 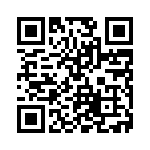