Paul Ehrlich, founder and first president of the Zero Population Growth organization, was born in Philadelphia, Pennsylvania. He received a B.A. in zoology from the University of Pennsylvania in 1953 and an M.A. and Ph.D. from the University of Kansas in 1955 and 1957, respectively. He became a member of the faculty at Stanford University in 1959 and was named Bing Professor of Population Studies in 1976. He is a recipient of a MacArthur Foundation fellowship, and in 1990 he was awarded Sweden's Crafoord Prize, created by the Royal Swedish Academy of Sciences to honor researchers in those disciplines not covered by the Nobel Prize. An expert in population biology, ecology, evolution, and behavior, Ehrlich has published more than 600 articles and scientific papers. He is perhaps best known for his environmental classic The Population Bomb (1968). Paul Ehrlich and his wife Anne began working together shortly after their marriage in 1954. Anne Ehrlich received her B.S. in biology from the University of Kansas. As senior research associate in biology and associate director of the Center for Conservation Biology at Stanford University, she has lectured widely and written on various environmental issues, including the environmental consequences of nuclear war. Together, the Ehrlichs have written six books and dozens of magazine articles.

Paul Hermann Ornstein was born in Hajdunanas, Hungary on April 4, 1924. He studied at the Franz Josef National Rabbinical Seminary before being forced into a labor gang by the Germans. During World War II, he was conscripted to dig trenches to protect Nazi and Hungarian troops from the advancing Russians in Ukraine. After managing to escape, he hid for months in 1944 in the basement of the Swiss Embassy annex in Budapest. Once the Red Army routed the Germans, he returned to his hometown in Hungary to search for his parents, his four siblings and his girlfriend Anna Brunn. He enrolled in medical school in Hungary to pursue a career in psychoanalysis. Six months later, he learned that his father and Anna were still alive. They enrolled in the Heidelberg University School of Medicine in Germany. They married in 1946 and moved to the United States, where they became major figures in the self-psychology movement. He did his residency in psychiatry at the University of Cincinnati and trained at the Chicago Institute for Psychoanalysis. He became a professor of psychiatry and psychoanalysis at the University of Cincinnati. His memoir, Looking Back: Memoir of a Psychoanalyst written with Helen Epstein was published in 2015. He died of idiopathic pulmonary fibrosis on January 19, 2017 at the age of 92. 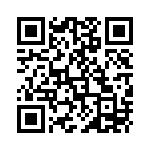