Robert Pigott has been practicing law in New York City for over 25 years, and, though he began walking at an unremarkable age, has been exploring its streets for over 50 years. A specialist in nonprofit law, he has worked in private practice and the New York Attorney General's Charities Bureau, and he is now the general counsel of a 100-year-old New York City nonprofit organization. He went to elementary and junior high schools in Queens, to high school on East 15th Street and to law school on West 116th Street. He lives in Manhattan, one block from where he was born, with his wife and two children. 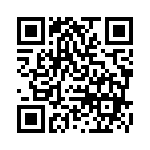