L.M. de Rijk (1924) is Emeritus Professor of Ancient and Medieval Philosophy at the University of Leiden, and Honorary Professor in the State University of Maastricht. He has been a member of the Dutch Parliament (Senate 1956-1991; Deputy Speaker, 1980-1991) and is a member of the Royal Netherlands Academy of Sciences (K.N.A.W.). He is the author of a large number of publications on ancient and medieval philosophy, including La philosophie au moyen âge, (Brill, 1985); and (with Joke Spruyt ed.) Peter of Spain (Petrus Hispanus Portug.): Syncategoreumata. First critical edition with an introduction and indexes. With an English translation, (Brill, 1992). 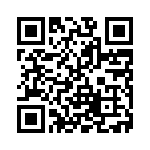