If you think witch hunts died out with Salem, you need only read this book to realize they continue on. We no longer call them witches or burn people at the stake. However, the singleminded pursuit by ... Read full review

NO CRUELER TYRANNIES: Accusation, False Witness, and Other Terrors of Our Times

Wall Street Journal editorial board member and Pulitzer-winner Rabinowitz revisits some of the most spectacular sexual-abuse trials of the 1980s—and concludes the guilty verdicts were egregious ... Read full review

Dorothy Rabinowitz, winner of the 2001 Pulitzer Prize in commentary, is a member of the editorial board and a culture critic for The Wall Street Journal. She writes opinion pieces and television criticism for the paper. Prior to joining the Journal, Ms. Rabinowitz was an independent writer. Her work has appeared in numerous publications, including Commentary, Harper's Magazine, and New York. She is the author of New Lives, a study of survivors of the Nazi death camps, and has been a syndicated columnist and television commentator. She lives in New York City. 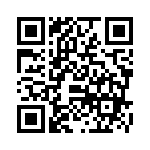