Nice Biography on the greatest swimmer and Olympian of all time. This takes you thru Michaels entire career, all his races and his thoughts, strategies. I was expecting this book to be more ... Read full review

A thrilling book that will show you how to reach your dreams. He talks about his life before and at the olympic games showing that there are no limits in what you want to achieve. A great read that will have you gripping to succeed Ian D Read full review

Michael Phelps is an American swimmer. He holds the record for winning the most gold medals (8) in a single Olympics (2008). He has won 16 Olympic medals, 14 gold and two bronze. He holds seven world records and has over 20 World Championship medals. After returning home from Beijing in 2008, Michael used the well-publicized $1 million dollar Speedo bonus to start the Michael Phelps Foundation through which he hopes to encourage children to lead healthy, active lives, and to continue to grow the sport of swimming. He now resides in Baltimore, MD with his dog Herman.

Alan Abrahamson is an award-winning sportswriter and a recognized authority on the Olympics. In 2006, he left the Los Angeles Times, where he had been a staff writer for 17 years, to write for the NBC suite of online properties, which now includes NBCOlympics.com, NBCSports.com and UniversalSports.com. Since 2003, Alan has also served as a sports and Olympic analyst on NBC's television networks. Among other honors, Alan won the 2002 National Headliner Award for sports writing and was named the Los Angeles Press Club's 2004 sports journalist of the year. Alan and his wife, Laura, and their three children live in Southern California. 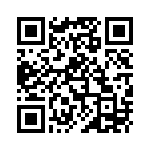