Where does he make an apology for slavery, the quote you give doesn't talk about race or slavery. Im completely lost. You can't come up with something like that and not back it up.

John Donne, the greatest of the metaphysical poets of the seventeenth century, was educated at both Oxford and Cambridge before taking Anglican orders in 1615. From 1621 until his death ten years later he was Dean of St Paul's and frequently preached before Charles I. His sermons rank among the best of the seventeenth century, and his poems are distinguished by their erudition, passion and depth of thought. 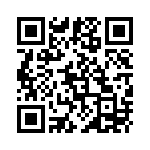