No Space Hidden: The Spirit of African American Yard Work. By Grey Gundaker and Judith McWillie. Knoxville: University of Tennessee Press, 2005. Pp. xviii + 237, acknowledgments, photographs, notes, bibliography, index.
Names like Lonnie Holley, Bessie Harvey, and J.B. Murray will ring familiar to anyone who follows the market for outsider, self-taught, twentieth-century folk art, which has risen in popularity since the 1960s. This growing interest has been largely fueled by a contemporary art world that has tended to discuss this work beneath a museum spotlight and on top of a pedestal; a context which has typically painted them as images of rurality, isolation, and exceptional anomaly. No Space Hidden departs from this trend by weaving these artists and their work back into their local contexts. The authors, Grey Gundaker and Judith McWillie, consider these artists alongside thirty other men and women living mostly in the southern United States, who manipulate found objects and materials within the space of their yards. Through a combination of collected stories, interviews, photographs, and scholarship from over twenty years of research and personal relationships, the authors present a group of artists who challenge notions as to where, how, and when art is made. The effect is one of critical redress, to "draw attention to precisely what much contemporary art discourse is unable to do, that is, to address concerns that have motivated much of the art African Americans in and out of the South have made for their homes and communities" (25).
Judith McWillie is professor of art at the University of Georgia, and she collaborates once again with Grey Gundaker, anthropology professor at the College of William and Mary. No Space Hidden takes an approach to material culture as a lens into African American spirituality, folklore, and conceptions of art that is similar to the 1998 edited volume Keep Your Head in the Sky: Interpreting African American Home-ground (University of Virginia Press, 1998), to which Gundaker and McWillie both contributed chapters. Immensely readable and substantive, the book argues for persistent ways of seeing and knowing that are akin to African and Christian traditions, but which are now made legible in a twentieth-century vernacular through assemblages of cast-off objects like light bulbs, hula hoops, painted tree roots, lawn chairs, and cement blocks.
Gundaker and McWillie focus on a particular kind of bricolage practice with space and material: yard work. As they explain in the opening chapter, the authors deliberately choose the term "yard work" over other categories, such as "folk art environments" or "vernacular landscape design," for its polyvalency. It is used to denote aspects of performance and activity within the yard that not only transcend mere expression or adornment, but which function to communicate spiritual truths about life and the human condition. To establish a continuity of yard work practice, Gundaker and McWillie integrate first-hand interviews with scholarship on both folklore and African history, particularly the work of Robert Farris Thompson, and with slave narratives from various sources, including the Federal Writers' Project. Despite the inclusion of African sources, it is not the authors' goal to construct a transatlantic history of yard work practice, but rather to understand the ways yards function symbolically to map relations among matter, spirit, and human emotion. This goal is reflected in the book's division, which alternates between portfolios that present a bulk of the yards and the stories of their creation, and corresponding chapters that sketch out the larger historical and cultural continuities between these projects. Gundaker and McWillie diligently balance their attention between the materials and the process, the individual and the communal, current yards and "longstanding cultural integrities" (xv).
The result is a somewhat sprawling book that relies heavily on the attentive

Grey Gundaker is an associate professor of anthropology and American studies at the College of William and Mary. Her books include Signs of Diaspora/Diaspora of Signs: Literacies, Creolization, and Vernacular Practice in African America and Keep Your Head to the Sky: Interpreting African American Home Ground (coedited with Tynes Cowan).Judith M. McWillie is a painter and chair of the Department of Drawing and Painting at the Lamar Dodd School of Art at the University of Georgia. She has written articles for such journals as Artforum and for various anthologies, including The Art of William Edmondson and How Sweet the Sound: The Spirit of African American History. 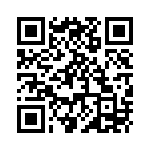