No Turning Back: Life, Loss, and Hope in Wartime Syria

Rania Abouzeid has won the Michael Kelly Award and George Polk Award for foreign reporting, among many other prizes for international journalism. She has written for The New Yorker, Time, Foreign Affairs, Politico, the Guardian, and the Los Angeles Times. A former New America fellow, she lives in Beirut, Lebanon. 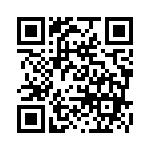