Real proofs of a selection of nonintuitive, college-level, recreational math results, half of them involving probability. Not a fat book, but digesting every equation would make for a long reading time. Teljes ÕrtÕkelÕs elolvasÃsa

1. oldal - I daresay you haven't had much practice," said the Queen. "When I was your age I always did it for half an hour a day. Why, sometimes I've believed as many as six impossible things before breakfast.
1894 Õs 2008 k—z—tt 461 k—nyvben jelenik meg

Julian Havil is a former Master at Winchester College, England, where he taught mathematics for more than thirty years. He is the author of Gamma: Exploring Euler's Constant and Impossible?: Surprising Solutions to Counterintuitive Conundrums (both Princeton). 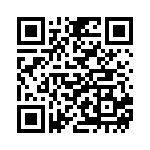