I was disappointed with this anthology. The majority of the authors were middle-class academics, which both created a fairly uniform viewpoint and saddled too many essays with a ponderous tone. Two ... Read full review

Jabari Asim is the author of the critically acclaimed The N Word. He is editor-in-chief of The Crisis—the magazine of the NAACP—and former editor at and frequent contributor to the Washington Post, and his writing has appeared on Salon.com and in Essence, the Los Angeles Times, and other publications. He divides his time between Maryland and Illinois with his wife and five children. 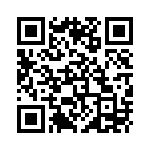