This volume makes no attempt to provide a comprehensive history. It aims instead to showcase new directions in postwar women's history, to subvert the persistent stereotype of domestic, quiescent ... Read full review

I thought it was great good job :) 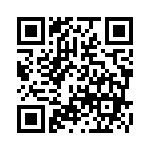