Louis Flint Ceci has edited four books of poetry for Beautiful Dreamer Press. His poetry has been published in Colorado North Review and read on the air as part of PRI's Living on Earth. His short stories have appeared in Diseased Pariah News, Trikone, and Jonathan, and in the anthologies Queer and Catholic and Gay City Volume 4: At Second Glance.

Dot (a.k.a. Tom Schmidt) has been photographing the gay scene in San Francisco for over a decade, covering drag shows, beer busts, sex workers, faerie gatherings, and street people. Sons of God (2011), his homoerotic recasting of Bible story images, won him recognition from mainstream galleries. His 2012 exhibition, Escort: The Classic Beauty of Male Sex Workers in San Francisco, was a feature of that year's Gay Pride celebration. He has had solo shows at Eros, Magnet, and Supperclub in San Francisco. His photos have appeared in M Magazine, RFD, and on the cover of Jonathan. He was a finalist for the 4th Annual Mike Ivanitsky Award for Photographic Excellence in 2011, and in 2012 he was runner up in the Pacific Art League's juried art show in Palo Alto, California. 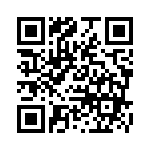